On Monday this week i decided to grab a pack of frozen black lugworm and head off to the Denge to fish the area at low water as i have been thinking of giving it a go for a while now. I headed to a couple of marks i,ve fished before at the usual 3 hours up and 3 down times as i thought my knowledge of these spots might help to boost my confidence as i,ve never fished at low water before. Upon arrival at my first spot i clambered down the seaweed festooned rocks and sat myself on one of the larger rocks and cast my single hookbait as far as i could. I was using light pear leads so that the rig would gentle roll round in the flow until it settle nicely on hopefully a nice rough area ready for the hungry fish.

I fished my first spot for an hour before moving to another area i thought would be good and fished the same technique. Each cast was made then i would hold the rod and every minute or so i,d reel in a few yards of line so as to impart some action into my bait as well as the lead kicking up little plumes of silt which i hoped would attract any passing fishes suspicions. I fished for a total of 2.5 hours and had a few good rattlers on the rod but didn,t hook into anything, but really it was just a recce for a more serious attempt at a later date. 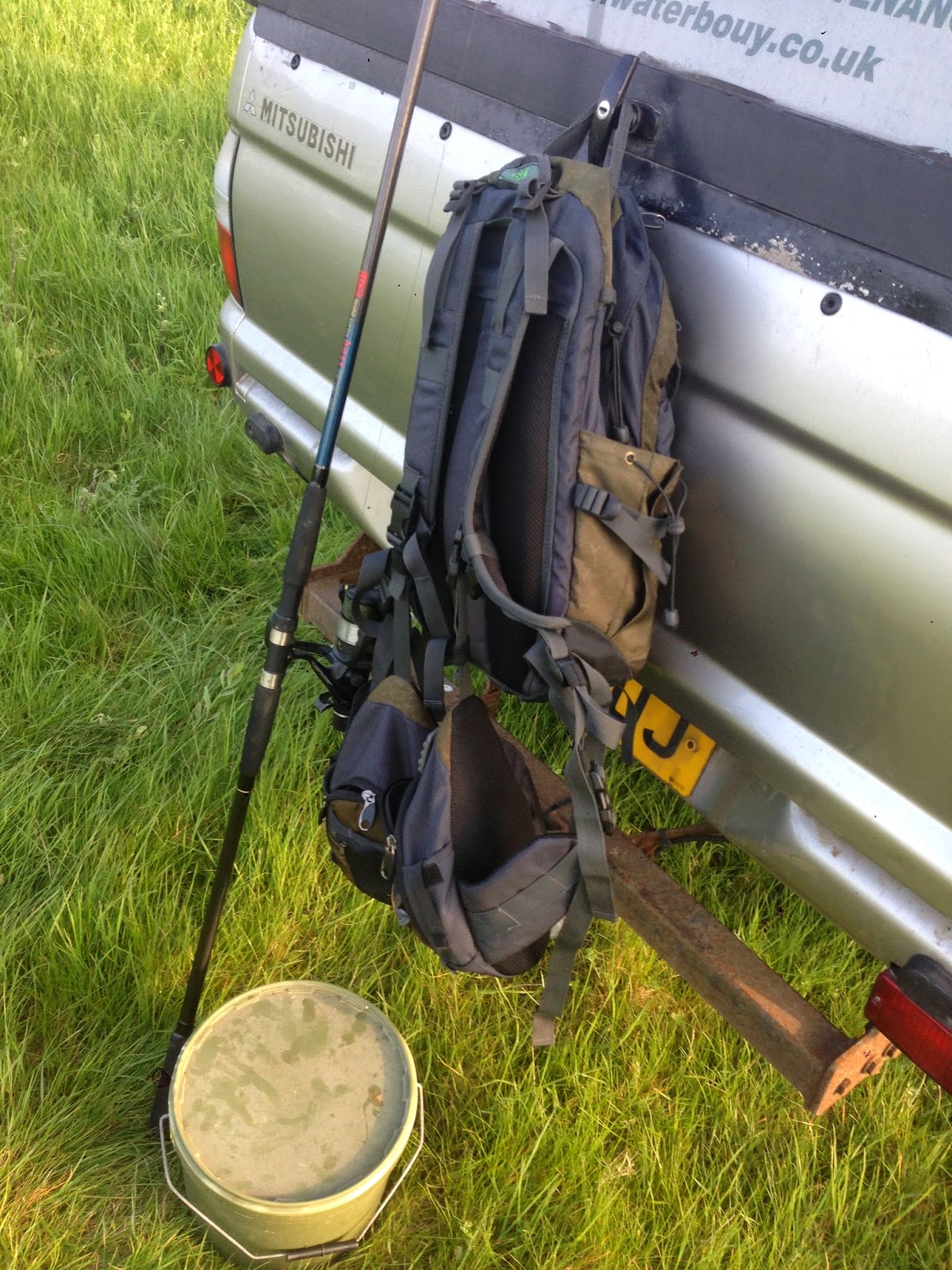 I only took the smallest amount of gear so i could travel light and move from spot to spot trying where ever took my fancy. I only took the one rod which was an old bass rod i,ve had for 20 years, or so,  which was coupled to a shimano baitrunner loaded with 30lb braid which i use for my winter pike fishing. The braid was fantastic as i could feel every little knock and pull through the rod while i was holding it. All the other bits of tackle and paraphernalia were loaded into a fly fishers waistcoat which has plenty of pockets and also a nice size backpack attached. Bait was kept in the bucket which doubled up as my seat. All in all this was a nice compact and comfortable way of fishing which i will definately be doing again.

It definately was a nice way to end the day after some hard graft at work earlier.
Posted by BRYANS ANGLE at 1.5.14