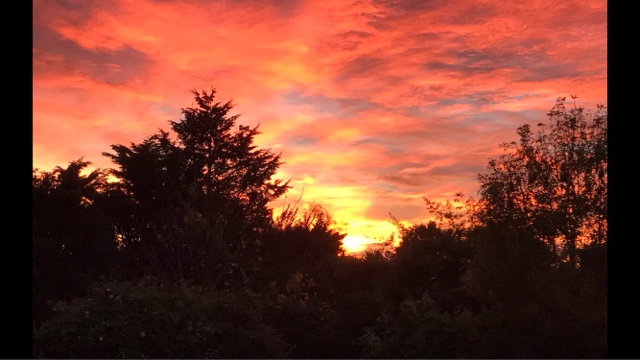 Email ThisBlogThis!Share to TwitterShare to FacebookShare to Pinterest
Labels: Sunset

So as some of you might have guessed from my posts for the last year or so i have been spending most of my spare time working on the never ending extension of my home. When i originally decided to build this extension of gargantuan proportions i had very little work on as my business had slowed down, so the idea was i,d take 6 months or so out and get this project built. Well as soon as finances and plans were accepted and in hand i had lots of work come in that i couldn,t turn down, typical, so for the past 2 years i have spent most evenings and weekends building, constructing, wiring, plumbing, plastering and painting. The project still has a few months to go but i,m getting there. This has seriously made a dent in my fishing time, as well as my photography and my country walking time, but i,m slowly getting to the point where i can have more free time. This means more fishing and hopefully more blogs, and really hopefully more fish.

Anyways last sunday morning i had a sneaky couple of hours on a local river livebaiting for perch and the inevitable jack pike that always make their presence known whenever there is a livie wiggling beneath my float. I was at the river before first light and set up in my favourite bait catching swim in darkness, lucky i have some good, bright led lights in the back of my van which i can tackle up by. As soon as i could see the tip of my float a single maggot was cast to the middle of the water and trotted down followed by half a dozen maggots as loose feed. Now normally i,d have a good dozen or roach and chublets within 15 minutes but for some reason they weren,t playing ball and it took me 45 minutes to get half a dozen for bait. Bait in the live bucket and tackle changed to a loafer with a single size 10 treble, pinched down barbs, crimped to some ultra thin and flexible 15lb wire and i was away up the river looking for the predators. 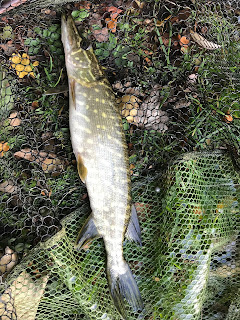 Well first trot along some sidings with my free roaming livie saw this little fat fellow snatch my bait and give me a right run around. Although they may be small and not my intended target i do enjoy catching this small jacks on my lightweight gear. They give such a good account of themselves and certainly make the getting up early worth the effort. After this fish i wondered a further mile or so down the river and had a couple follows from more small pike but no sign of a perch. So i opted to walk back to where i started and go upstream instead. 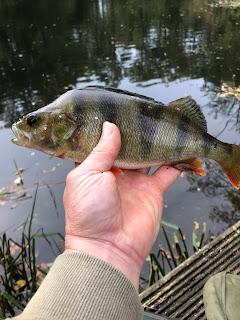 Theres a nice stretch just above the lock gate with quite a few moored boats so i thought i,d give it a go there. First cast and pretty soon after the float hit the water this lovely little perch engulfed my bait. Some people complain that treble hooks are not good for perch as they can take the bait down quickly and tie up the top of their stomach, but i have to be honest and say that this is the only perch i,ve caught, and i have caught a lot, that actually managed to get the treble past its stomach opening. Gentle pressure on the wire allow the stomach to slowly pull up and open allowing the barbless treble to be easily twisted out of the flesh and the fish to be returned none the worse for wear. Unfortunately as i was playing this little chap i got shouted at by a boat owner on the opposite bank that there was no fishing allowed on this stretch, so rather than argue i nodded and said i,ll put this fish back and be on my way. On leaving though i had a thorough check round and couldn,t find any signs saying "No Fishing" so next time cobblers to the chap.

I moved further upriver to a lovely spot where the river splits and runs down a small weir and had a further 2 small pike before calling it a day as my ankles were starting to give me some discomfort, joys of getting old i guess. I was bank by 10am in time for a full english before cracking on with laying a new floor. A lovely morning.........

So a couple of weeks ago I re-joined a syndicate I had been a member of a good few years ago. It's a beautiful water of roughly 25 acres with plenty of features to fish too and some pretty impressive common carp to fish for, as well as some big mirrors, big rudd and apparently some good size perch.
After joining I fished the following weekend hoping or some action as the weather was spot on and I was looking forward to returning. Well as you,d expect I blanked, much the usual for me,but then so did everyone else fishing the lake. So I didn't,t feel too bad after all. Although I didn,t catch anything I did have a sharp short take on my second morning, and I did learn a few things about the area I was fishing. 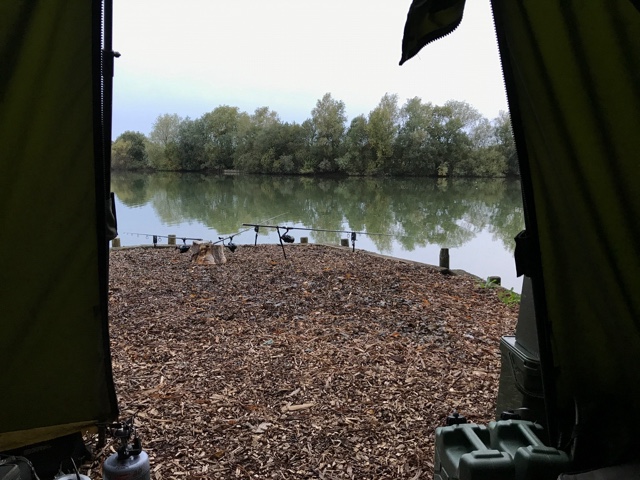 One thing I did notice was some big perch striking at the shoals of small fish in my swim. By. The disturbance they made I reckon they were of a good size so definitely worth a try for in the future. 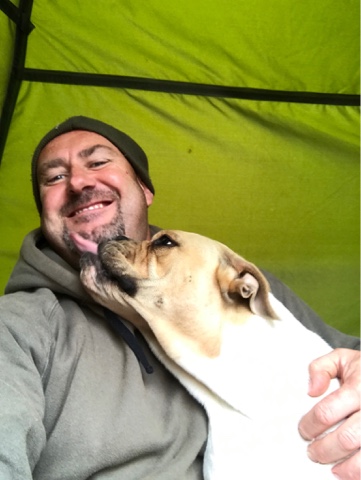 I had a visit from the owners dog on my first morning and got robbed of a few biscuits for  quick photo and a slobbery face lick.
I,ll be back there soon to try for an Autumn carp and maybe a perch or two....
Posted by BRYANS ANGLE at 24.10.17 No comments:

I'm sitting here at a London hospital, for the life of me I can't remember the name of it, waiting for my mum to finish having some tests done prior to having an operation, nothing serious this time thankfully. There's nowt to do but browse the web for fishing related stuff and I've found some quite interesting content and some complete pony.

I've watched a utube film showing perch taking lives, ginger angler I think the chaps called, which is well worth a watch, and I've been flicking through people's perch catches from up and down the country. All those beautiful sergeants have really got me in the mood to have a try or them this weekend. Unfortunately I have a lot of diy to do but I'm going to try and grab a couple of hours dangling Sunday morning, hopefully I'll have something to report soon.

I have actually been fishing once or twice since last posting so hopefully I'll update you on these trips soon, once I can find a spare hour or so.