DOWN ON THE DENGE

A couple of weekends ago i had a pass from the better half to spend the day fishing as she was going to be in London cheering on a friend who was running in the London Marathon, well done Sam Monks. With this in mind i had to make a quick decision as to what species and where i wanted to fish. With the old brain cell clunking and creaking i opted to have a spot off sea fishing at a favourite mark of mine in hope of an early thornback ray. Rumour had it that there had been a few caught lately and considering i had just received my gate key i decided to try Holiwell Point on the River Crouch. It would of been rude not too.

Having loaded my tackle into the van the night before i set the allarm clock to wake me at 7am so that i could get to my mark at low water as i wanted a scout around first and also to see if i could find a few peeler crab under the rocks. Well in a nut shell i overslept and arrived 2 hours later than i had hoped but still 3 hours before high tide. I had a little mooch around the rocks but didn,t find any peelers and not wanting to loose anymore actual fishing time i set about tackling up my rods. 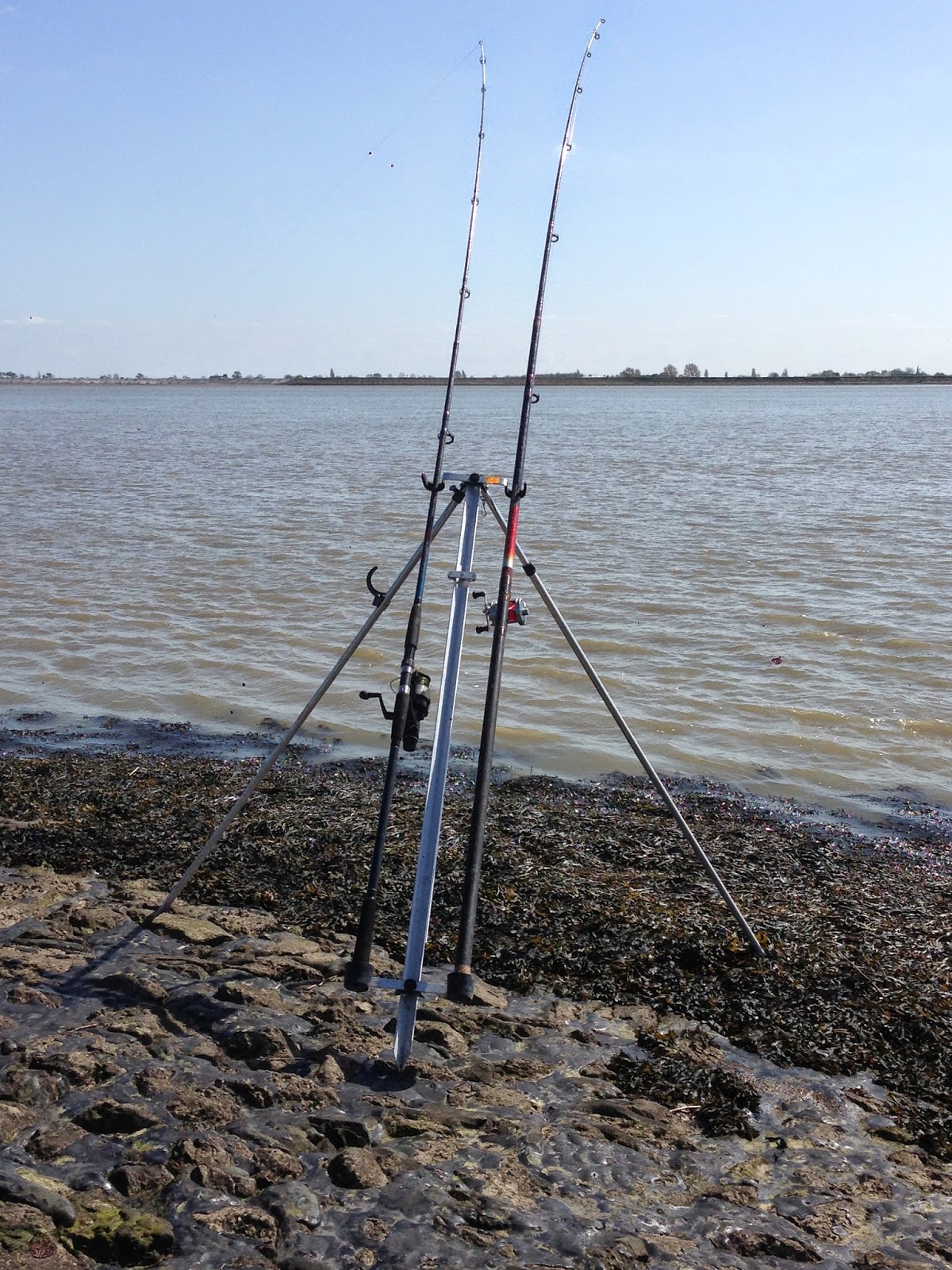 One rod was set up with the Thornies in mind, a clipped up pennell rig baited with a whipped on herring fillet cast as far as possible. The second rod was rigged as a 2 hook flapper rig baited with ragworm and tipped with squid and also cast as far as possible to see what else was swimming around out there. And i also used a third rod which was my lightweight bass rod which i fished as a long trace rolling rig baited with ragworm and squid and only gave a gentle cast as i wanted it to gently roll in the current until it settled on a rough patch. This rod was to see if there was any bass patrolling close in, and to be honest has produced some of my better bass when i ve fished a rod this way. 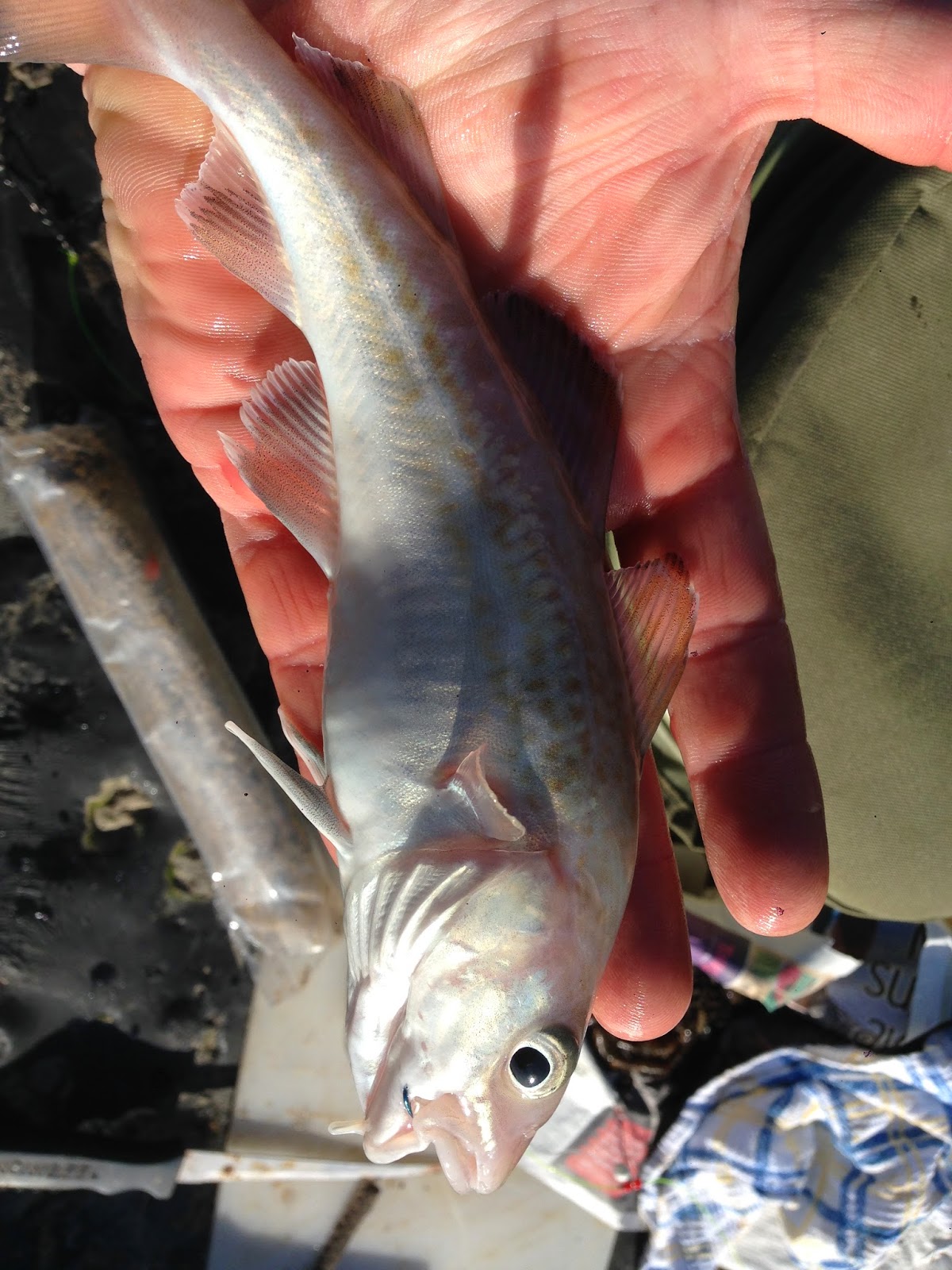 After a few minutes of the close in rod being cast it was showing a few rattles before a couple of good pull downs. Like a shot i was holding the rod waiting for it to knock again, then rattle thump thump and i lifted into something kicking on the end of my line. Although it didn,t put up a fight as it was out gunned by my set up, this little codling did try its best to fight me on the way in. I followed up with a couple more small codling and a few small whiting for the rest of the time i was there. The crabs where really active, cleaning hooks within 10 minutes and sending little shivers through the line to the rod tips making me lunge to the rods in expectation of a bite many times. I didn,t manage any rays this time but i will be back thats for sure, and i,ll also be trying for the bass along this stretch as well. 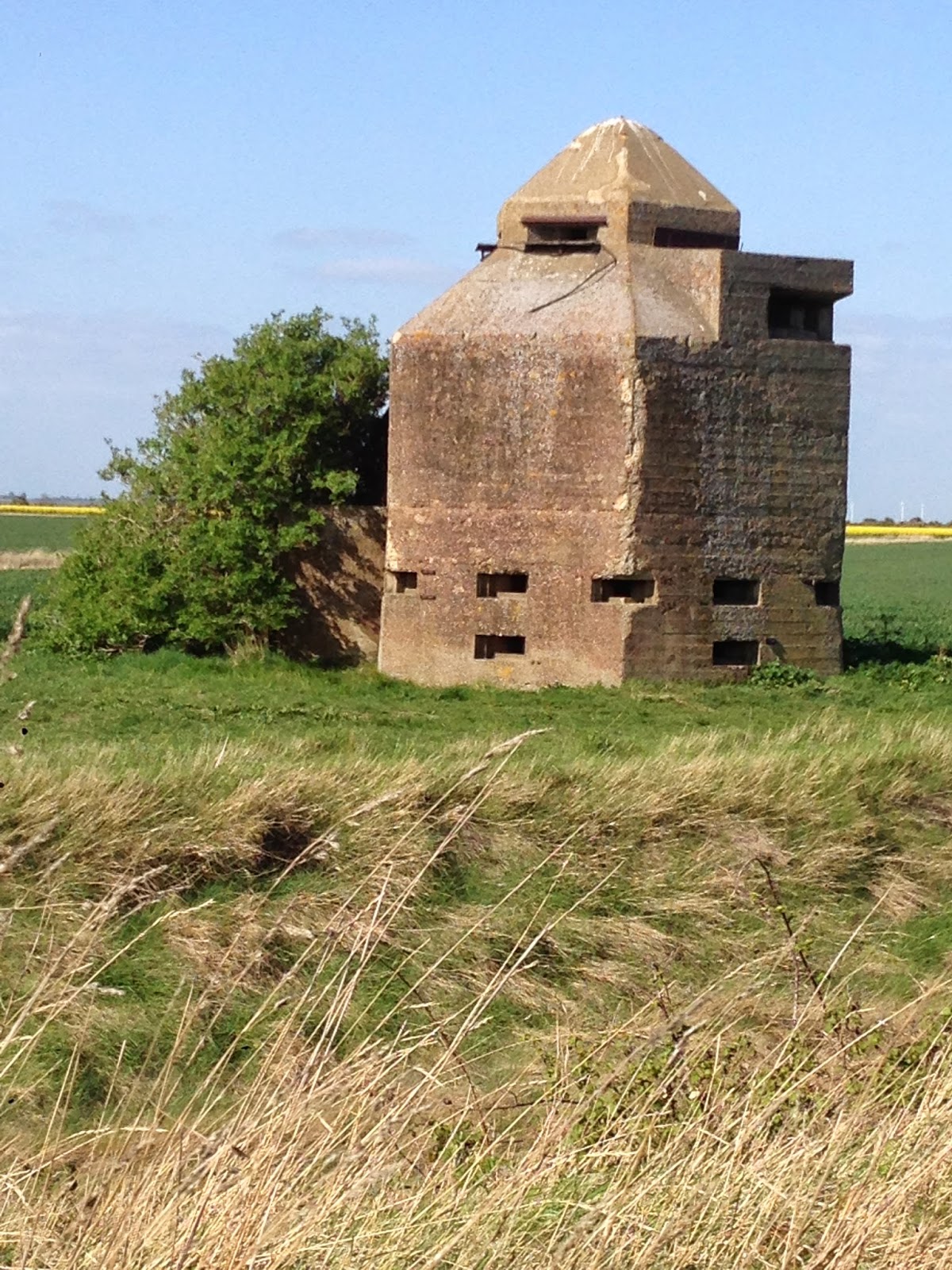 Old gun turret out on the Dengie.
Posted by BRYANS ANGLE at 26.4.14