As a last minute send of to the season i opted to have a couple of hours after the perch at a local marina. Technique was float fished small livebaits left to swim around the boats hopefully attracking the intentions of a hungry sargeant.

I fished a couple of my usual hotspots but unfortunately they didn,t produce even a nibble. A move a couple of boats along and i landed a small turbo charged little pike nicely hooked in the scissors. Another move to the end of the marina by the lock gate and i could see shoals of fry scattering across the surface as something with teeth chased them from below. 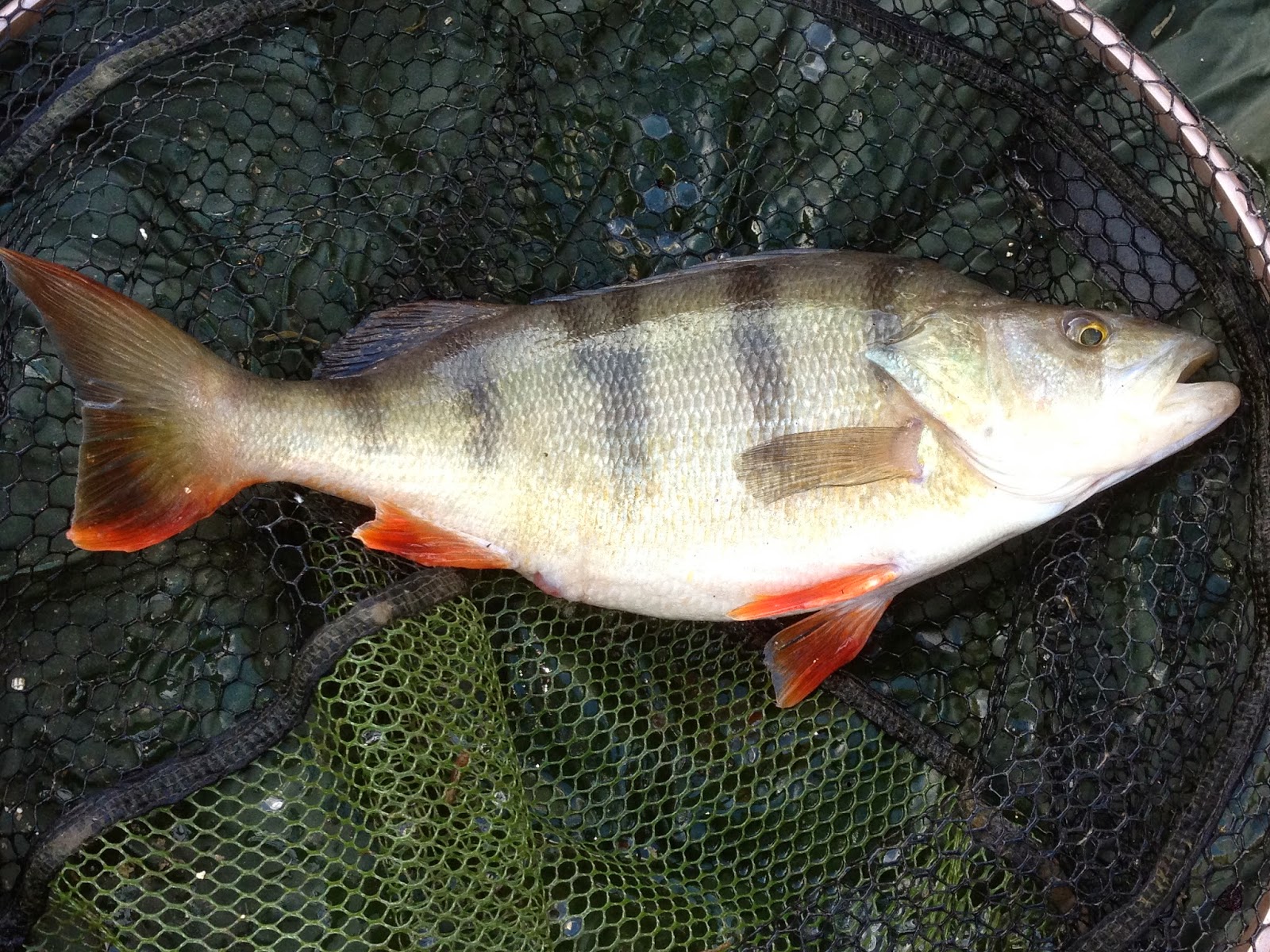 A gentle flick of the float and my bait was settling through the depths when an eruption around my float saw a mahoosive perch snatch the small roach. Unfortunately the hooks didn,t connect and i reeled in with my heart thumping. A new livie was in the same spot a minute later and, as before, the float sunk out of sight before another explosion on the surface as the same monster again grabbed my bait. Unfortunately for the second time in a few minutes the beast got away. Quickly as i could, another livie was sent to the same spot but this time nothing happened for 10 minutes or so, typically with fishing i had looked away from the float as i had noticed a disturbance to my right, when there was a scrapping sound as my rod was dragged along the concrete pathway. Quickly i grabbed the rod as the tip was pulled beneath the surface as the beast from beneath did battle. After a minute or so i saw a big flank as the perch rolled on the surface just moments before i slipped the net beneath it. Heart thumping and my hands shaking i peered into the net, expecting to see the ginormous perch i,d seen earlier, only to find this beauty of 3lb 3oz lying there. Now don,t get me wrong i was more than happy with this capture but the perch i,d seen earlier must have been nearly twice the size of this one. I,ve heard of a few rumours that there is perch to 5lb in this marina, and a mate of mine saw one a couple of years ago that was so big he thought it was a carp, but i always take these rumours with a pinch of salt. Maybe the rumours are right, i,ll definately be having another try for them this winter and i,ll be doing it from either my kayak or from a small dinghy for easier access, oh and so i don,t get kicked off by the lock keeper again.
Posted by BRYANS ANGLE at 6.4.14