Although i own an up and coming online fishing tackle store WATERBOUY TACKLE my main business at the moment is designing, building and maintaining koi ponds WATERBOUYS POND CONSTRUCTION . A couple of days ago i was undertaking a complete strip, empty and clean on a large koi pond of 6000 gallons which had a lovely bog area at one which had a great stand of flag iris, variagated reeds and water mint, my favourite. As the water level went down we could see a few large Dragon Fly Larvae walking around on the bottom, so we carefully picked them out and placed them in a bucket for the duration of the work. As we were trimming up the pond plants i spotted this beauty by my boot. 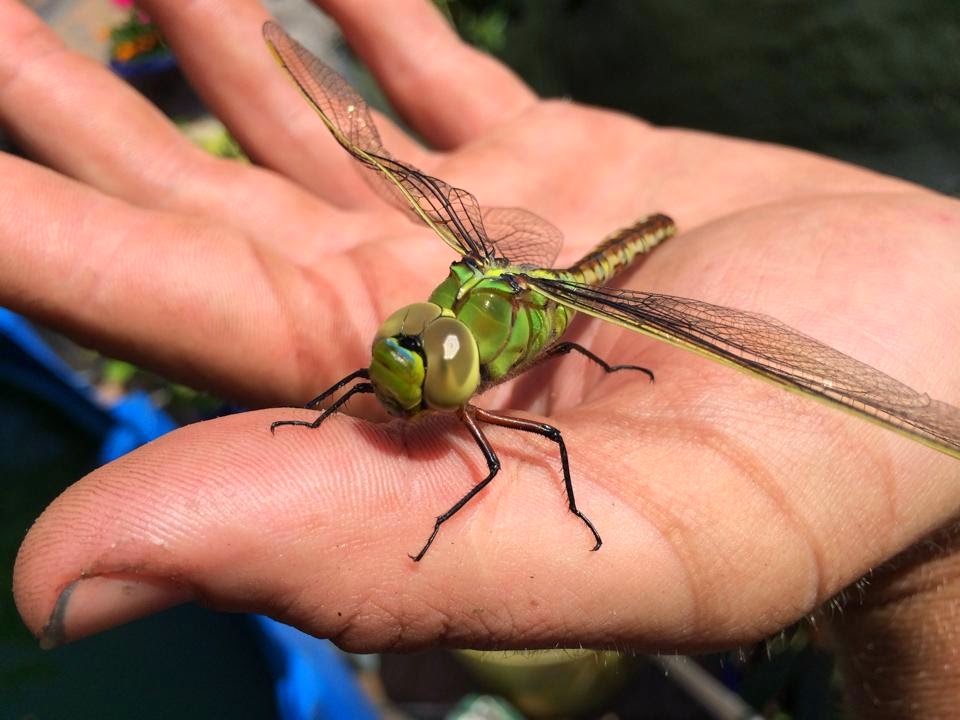 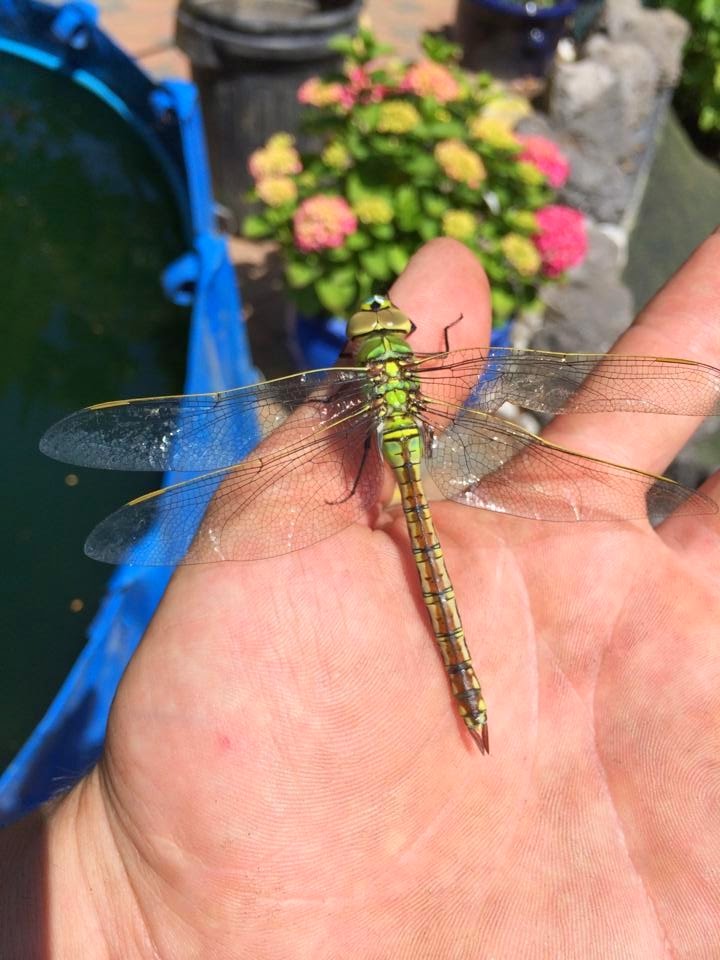 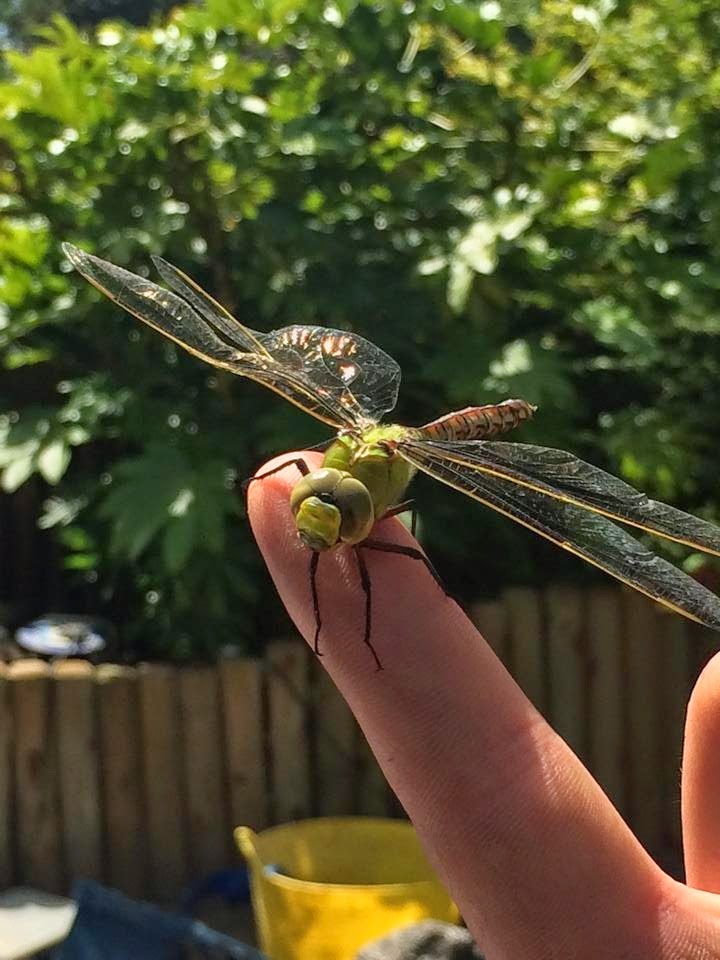 I carefully picked it up so as not to hurt it and took these pictures before putting it back in the middle of the plants where it would not get damaged. I think it had only just come out of the larvae as one wing was still slightly crumpled, but over the coarse of the day it slowly straightened out. For some reason this pond regularly gets visited by Dragon Flys even though its in a pretty built up area.
Posted by BRYANS ANGLE at 21.6.14